The Spirit OR the Word? 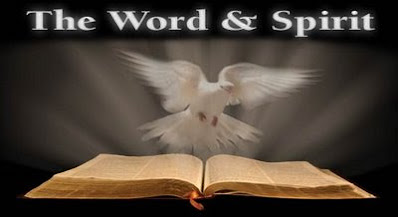 God has purposed that all things should be established by two or more witnesses and the two most pronounced witnesses He has given to the church are the Spirit and the Word. Unfortunately, much of the church has polarized around one or the other of these witnesses and they end up being set against one another.
A large segment of the body of Christ focuses almost exclusively on the Word and they apply principles of hermeneutics and exegesis to discern the application of the Word. This group is fond of developing principles and precepts for living, and an answer to nearly any conceivable life decision can be found to have a plethora of corresponding scriptures that have bearing upon it.
Another segment of the body focuses on being Spirit led and they have a great focus on words of knowledge, prophecy, words of wisdom, and in general discerning the voice of the Spirit of God for all situations they encounter.
What is unfortunate, even tragic, is that often the body of Christ often fails to discern that God gave these two witnesses to stand in agreement with one another, not to be set in opposition. There are large segments of the body of Christ that focus on the Word of God who teach that God doesn’t even speak to man personally today, asserting that all things have been recorded in scripture and scripture alone is to be the guide for life.
On the other hand, many who focus on the voice of the Spirit become off balance because they do not know the Word of God and they are easily deceived by other voices due to their failure to gain a second witness to what they believe they are hearing. At some point, all saints stumble by being out of balance in one area or another and I have certainly done so in both extremes, but God would have us to come into balance and to have the witness of the Spirit and the Word in our lives.
It is certain that both of these witnesses are vital for the believer and to discard either one is to embrace great error and to ensure that one will go astray at some point. The scriptures reveal the importance of both of these witnesses.
John 16:7, 8, 13, 14
7 "But I tell you the truth, it is to your advantage that I go away; for if I do not go away, the Helper shall not come to you; but if I go, I will send Him to you.
8 "And He, when He comes, will convict the world concerning sin, and righteousness, and judgment...
13 "But when He, the Spirit of truth, comes, He will guide you into all the truth; for He will not speak on His own initiative, but whatever He hears, He will speak; and He will disclose to you what is to come.
14 "He shall glorify Me; for He shall take of Mine, and shall disclose it to you.
(NAS)
Romans 8:14
For all who are being led by the Spirit of God, these are [mature] sons of God.
(NAS)
II Timothy 2:15
Be diligent to present yourself approved to God as a workman who does not need to be ashamed, handling accurately the word of truth.
(NAS)
II Timothy 3:16-17
16 All Scripture is inspired by God and profitable for teaching, for reproof, for correction, for training in righteousness;
17 that the man of God may be adequate, equipped for every good work.
(NAS)
I Corinthians 10:11
Now these things happened to them as an example, and they were written for our instruction, upon whom the ends of the ages have come.
(NAS)
In these scriptures we see the vital importance of both the Spirit and the Word. Many more scriptures could be used, but these few clearly show the need for the witness of the Spirit and the Word.  Both are necessary for the believer to walk as God would have them in wisdom and understanding in this world.
These two witnesses are in no way contrary to one another. The Spirit and the Word ALWAYS agree. If this were not so then God would have a divided kingdom and it could not stand. What then is the source of disagreements between so many believers who point to the same scriptures and come to different conclusions? We are told that there is no private interpretation of scripture.
II Peter 1:20-21
20 But know this first of all, that no prophecy of Scripture is a matter of one's own interpretation,
21 for no prophecy was ever made by an act of human will, but men moved by the Holy Spirit spoke from God.
(NAS) 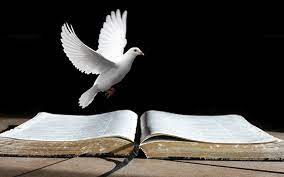