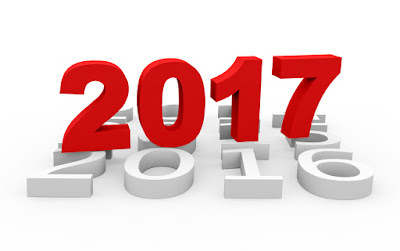 These are questions that are easier to answer. If I do them I will be blessed by God. That doesn’t mean that life will get better or that my situation will improve. Yahweh isn’t concerned about that sort of issue. He is looking at a longer future for each of our lives. He sees beyond the grave. This present life is the time of our probation. It is time to show what we will do. Have we counted the cost and accepted it.

Luke 14:28-35
“For which one of you, when he wants to build a tower, does not first sit down and calculate the cost to see if he has enough to complete it? Otherwise, when he has laid a foundation and is not able to finish, all who observe it begin to ridicule him, saying, ‘This man began to build and was not able to finish.’ Or what king, when he sets out to meet another king in battle, will not first sit down and consider whether he is strong enough with ten thousand men to encounter the one coming against him with twenty thousand? Or else, while the other is still far away, he sends a delegation and asks for terms of peace. So then, none of you can be My disciple who does not give up all his own possessions. Therefore, salt is good; but if even salt has become tasteless, with what will it be seasoned? It is useless either for the soil or for the manure pile; it is thrown out. He who has ears to hear, let him hear.”

Perhaps the question we should be asking is whether we have ever been honest with Yahshua. At this time when so many are asking questions of the new year have we ever been honest with Christ? Have we counted the cost before saying that we would follow Him? The question is seldom asked among Christians today. It is assumed that we are merely signing up for a joyous ride. We are promised all the things we wish to possess, all of our possessions, they must simply be moral. That is not what Christ told His disciples.

When Christ got my ear in 1999, many years after I had been a Christian and had been indoctrinated into United States Christianity, He let me know that He was asking for everything. Perhaps some will not have to pay the same offering as I had to, but all must prove willing to give everything. Over the next five years I had to pay the highest cost that a man could pay. I had to count the cost of my wife and my son. They chose to not walk with their hearts trusting in the Lord, whether it be life or death. What kind of a testimony comes from someone who won’t trust their life to God? Aside from that I had to surrender all my possessions, and I do mean all. I had to be willing to be counted as a worthless son to my parents and my brother and sisters. I can look at their lives and say that life has been very good to them, but what will the next one be?

The Lord has given me some things back in recent years. I was given a car and a $2,200 dollar printer. I was given a larger place to stay in, even a bus that the Lord gave to me and allowed me to fix up, but these things are for ministry. I can carry out the prison newsletter ministry and the online ministry with these things. Without them the Lord would need to show me what else He wants for me to do.

Some of you want a spiritual ministry that the Lord will say “Well done” when He gives His account of it, but you have not counted the cost of following Him. You cannot get the cart in front of the horse. All things have to be done according to Yahweh’s order. He will test every son and daughter. He will cause you to count the cost of laying everything down at His feet. If you have not done so, are you not asking Him the wrong question?

Oftentimes, Brother Herrin, the problem is simply being unable to see the cart clearly enough so as to know WHERE to put the horse. Other times, the cart is seen clearly, but the horse is nowhere to be found.